Where there’s a will there’s a way . . . and thanks to funding from the Heritage Lottery Fund, via the Heritage Centre, a team of trained volunteers has transcribed local 17th century probate records. Very few of the surviving wills had been studied before and they contain a wealth of information about Churchill and Sarsden families and their homes. They reveal a valuable source of local history, the results of which are available at the Heritage Centre.

The Story of the Churchill and Sarsden Probate Project 2012- 2018

A group of 10 volunteers, under the auspices of the Heritage Centre, transcribed from Secretary Hand into Modern English the Wills, Inventories and other Legal Documents of the residents of Churchill and Sarsden from 1530-1734.

An example of an old will written in ‘secretary hand’, and the transcript.

The volunteers were given some lessons towards the end of 2012 in deciphering this form of writing and in learning some of the legal terminology, as well as the Latin of the various documents. The transcribing began in earnest in 2013.
They worked from photocopies or photographs of all the documents - the majority from the Oxford History Centre and some from the National Archives in Kew. There are nearly 500 documents in all.
The group met monthly in the village hall and also worked at home. After the initial transcribing, the documents were checked by another member of the group before they were finally transcribed onto the proforma and then, as they were ready, were converted to PDF files and uploaded onto the system in the Heritage Centre for access by the public.
The finished documents are also in print form and together with copies of the original documents are available in the Village Hall for another means of access by members of the public.
The Probate Project team benefited greatly from the input of Jan Cliffe and Lynne Hayes who were invaluable in their advice, guidance and support. Jan and Lynne, with others, formed The Chipping Norton Historical Research Group and transcribed wills and inventories for Chipping Norton, which are all now housed in the Oxford History Centre (OHC).
In addition to this work on transcribing wills, etc. the group responded to the request from the Oxford University Natural History Museum to assist with the transcribing of four of the diaries of William Smith and of the Marriage Contract of his parents. One of our group, with assistance from Jan Cliffe, completed the work on the diaries before Christmas 2014. Another member of the group, again with Jan’s help, transcribed the Marriage Contract. The transcriptions were passed to the Museum and copies made for the Heritage Centre.
After 1730 the handwriting of the wills is much easier to read so there will be less need for them to be transcribed but already the work that has been done is generating interest in related areas such as where people lived, family connections and important events which took place, such as the fire in Churchill.
The project is ideal for family historians and for anyone who wants to find out more about the lives of past residents. It is clear that there are links to other villages in the area so there are possible extensions to the project.
The group was strongly supported by the Committee of the Heritage Centre – both by the funding of necessary resources - but also through the continuing interest of the Committee and attendance at our meetings.A final public presentation of the transcribed documents and celebration of the project took place in April 2018. 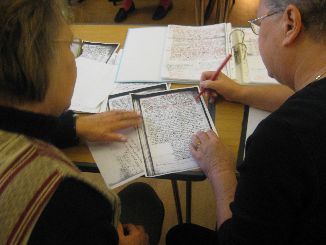 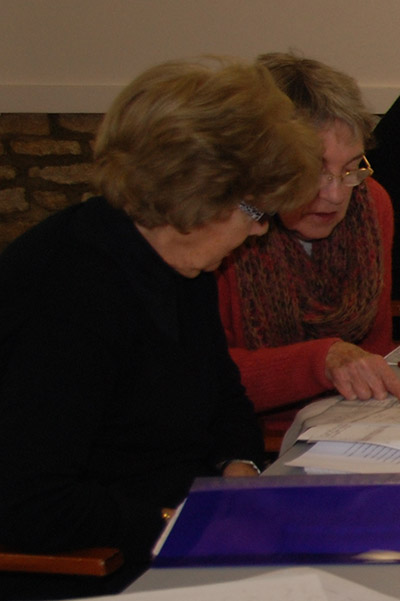 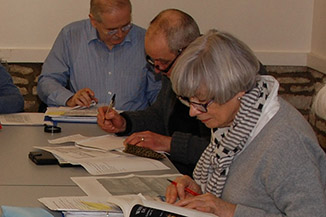 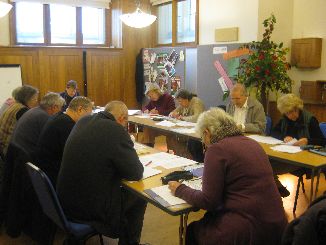 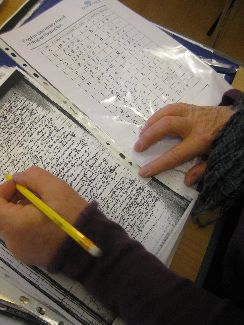 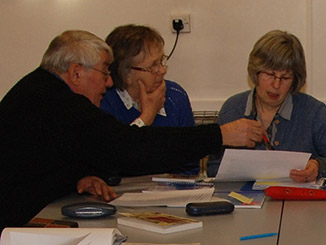